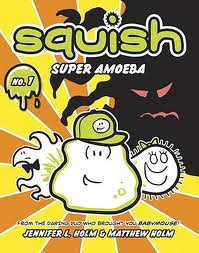 
Appetizer:  Squish is a young amoeba who loves comic books and twinkies.  His best friend, Pod, is planning to fix global warming, but only after Squish agrees to trade lunches with him.  Their friend Peggy is a paramecium who is happy all of the time.

When Lynwood, a particularly big and mean amoeba, targets consuming Peggy amoeba style (as opposed to eating with a mouth, human style) Squish tries to stand up to the bully and finds himself pressured to help Lynwood cheat in science class in his effort to do the right thing.

I liked many of the elements of Squish.  The scientific facts were subtly included, preventing the book from becoming annoying.  I liked the arrows that provided a lot of details and gave the book a pseudo-academic voice (but that were really quite funny).  I also like that Squish was a comic book fan and aspired to be like his favorite hero, Super Amoeba.

My one big complaint about the book is that--I can't believe I'm saying this, but--I wished it'd been a little more didactic about providing suggestions to deal with bullying.  The conflict with Lynwood is resolved in a quick and humorous way that wee-bullied kids can't rely upon.

I can't believe this is happening...I'm always so opposed to everything teachy and preachy.  (There is a brief suggestion about telling a teacher...and that's fine...I just wish it hadn't occurred after Squish asked for help from his dad whose response was to initially offer no help at all.)

I also could have used more character development with Pod and Peggy.  Peggy's ceaseless optimism was annoying.  Plus, when Lynwood almost eats her...she doesn't even notice.  I get that Squish has to be the one to save the day, but it'd be nice if this paramecium could be a little more self-aware.  Hopefully the rest of the series will include some more development for these supporting characters. 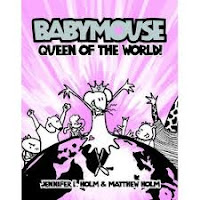 In contrast to the Holm siblings' other series, Babymouse, Squish is arguably a graphic novel series that will appeal more to boys while including subtle facts from a microbiology lesson.

I'm very excited to see the other books in the Squish series mix-up the color scheme a little more.

Side note:  When you google images of 'babymouse,' you end up with some super cute results: 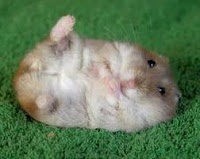 At the end of the book, there were a few extras for readers to try.  I appreciated that they included a short science experiment to grow mold, but I imagine there are some parents who will appreciate it far less.

I preferred the instructions on how to draw a Squish: 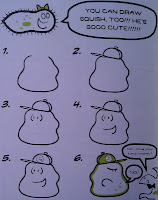 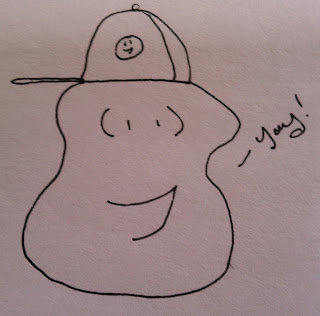 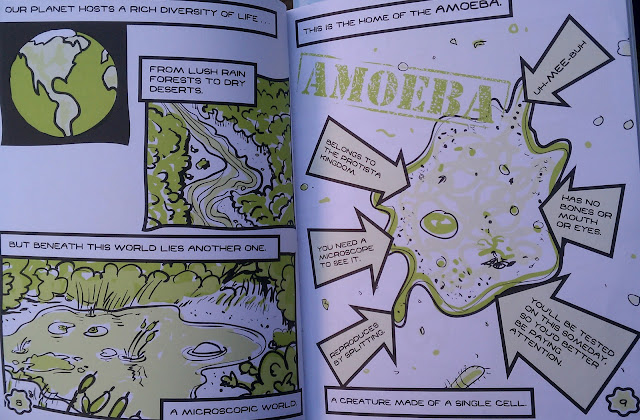 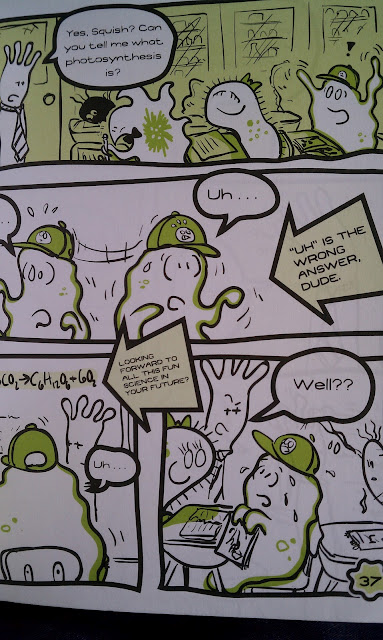 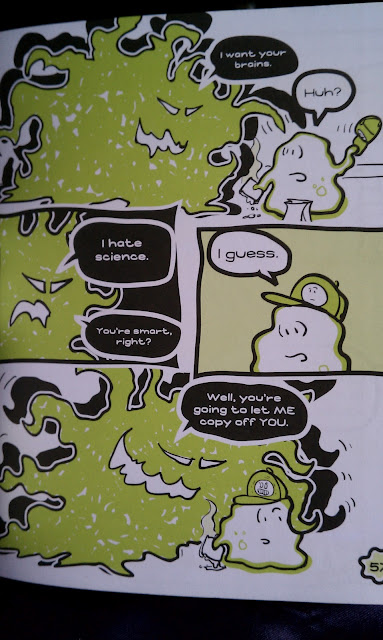